I was born in Southern California in the 1960′s – yes, I’m a California Girl!  Though I have lived in Arizona and Florida and now reside in Maryland, I still carry my linguistic roots and occasionally drag out my inner Valley Girl.  With a bit of “y’all” and “hon” additions for good measure.

Married for more than twenty years to an amazing guy, I have two sons. My elder is officially an adult and my younger is twelve. I have one degree in English and one in Ministry, and I claim Theology’s crimson Master’s collar, too. My employment has spanned a vast spectrum, but now I prefer to work at home.

I spend my days writing books and short stories, and even some fanfiction from time to time, deriving inspiration from Pride and Prejudice, True Grit and The Last of the Mohicans. If I’m not writing, I’m probably editing something or catching up with my favorite shows on Netflix or Amazon Prime Video. Reading is a given. I think I’m on my third Kindle, now, and I still have hundreds of paperbacks and numerous bookshelves.

I received a Liebster Award and finally got around to claiming it in June of 2013.

Sandi wrote a fun and fascinating article for our enjoyment about Irish legends.

When I was a girl, I would read stories about a man called Cuchulainn (or Cú Chulainn), the Hound of Ulster. He was a warrior of legend, with a fierce temper. He was renowned, too, for being very handsome!

He was called the Hound of Culain because he killed the guard dog of a lord named Culainn. He said, as a point of honor, that he would take the place of the dog until a replacement could be trained. Thus, he became the Hound of Culain, or Cuchulainn, which is what that translates to. This name suited him so well, he adopted it as his own.

One of the things I remember most about the Hound was something that is called the Warp Spasm. Now, I have written about a berserker before (Cowan in Éire’s Captive Moon), but what the Hound did was something even beyond that. The Spasm was what happened when he was angry. It is said that his whole body contorted with battle rage, making his hair stand up on end, his muscles to pop and extend and so on. It was a fearsome thing to behold!  Still, if you’ve ever been THAT mad over something, you might have felt that you, too, were enduring a Warp Spasm.

The Hound had a best friend, that I remember. They were sworn brothers, mighty warriors both. The friend’s name was Ferdiad. They had been sworn companions for years, but one day, due to circumstances beyond their control, they were enemies. The two men fought, both being grievously wounded, for neither truly wanted to kill the other. Day after day, they fought, sending food to one another in the evening, and so on. For they were dear friends, and only a strange compulsion and vow involving Queen Medb could make Ferdiad turn upon his friend.

But, it had to be, for such is the way of tales like this. Using his magic spear, The Hound slew his friend, and then had to retreat naked, for his entire body was covered with wounds.

The great Gaels of Ireland are the men that God made mad,

For all their wars are merry, and all their songs are sad.

– The Ballad of the White Horse.

A Note From Madi:

Sandi and I are represented by the same publishing house, but we’ve known each other through the fiction world long before I knew of her books.

I recently started her Éire’s Viking Trilogy. I finished the first book, Éire’s Captive Moon, within a handful of days, and quickly moved bought the second book in the trilogy, Éire’s Viking, which was just released.  The books are captivating and beautifully written, and I highly recommend you read them.

Here are some ways to find Sandi’s work: 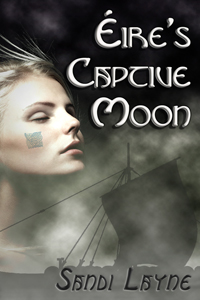 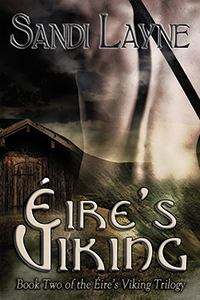 Add Message to New York to Your Goodreads Shelf! 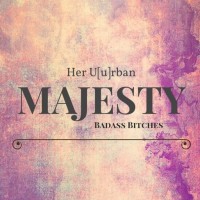 Hello LAlaland release day has arrived! Hello LAlaland   Paparazzi, vodka cocktails, and sex. Welcome to LAlaland. Winifred Chapman isn’t thrilled with the idea of her ten year reunion; especially not the idea of returning to LAlaland. Even in the midst of her thrilling career, she’s managed to avoid LA as often as […]

A beautiful necklace inspired by Mabel from MESSAGE TO NEW YORK!

The 76th Anniversary of Anschluß

Today is the 76th anniversary of the Anschluß. It’s a very dark, tumultuous time in Austrian history, when the country was caught between collaborator with the Nazis and victim of Hitler’s plan to “purify” Europe. Coincidentally, the chapter I’m beginning my edits with today is the Anschluß (chapter 8 in Message to New York). There is […]

a journey through the looking glass. eat this; drink this. the shrinking of me.

This is a battle; this is the resistance.

By Badass Bitches. For All.

Service Industry Stories and More Since 2012

To share my passion of motorsports to all my readers! To get people of all ages and income levels into the absolute best vehicle possible for their specific needs and to make driving enjoyable every single day!

The Dystopian Nation of City-State

This WordPress.com site is the bee's knees